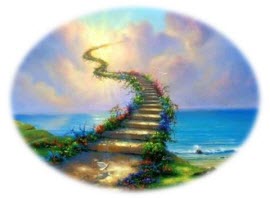 Based on "The Path" by Vicente Hao Chin, Jr.

The “Path” is a term that refers to the time-tested pathway towards spiritual realization. In theosophical literature it includes the narrow sense of the path towards spiritual initiation under the guidance of Masters of the Wisdom. These two need to be distinguished from each other:

The path towards spirituality is well-known among all the religious traditions. It is known as mysticism. Thus there is mysticism among the Christians (Carmelite, Trappist, etc.), Muslims (Sufism), Jews (Kabbalah), Buddhists (Zen, Theravada, Mahayana), Hindu (Yoga, Vedanta, and others), etc. Examples of guidelines for such inward path would be the Sermon of the Mount of the Christian gospels, the Eightfold Path of Buddhism, the Paramitas of Mahayana Buddhism, the eight stages of Raja Yoga, etc. 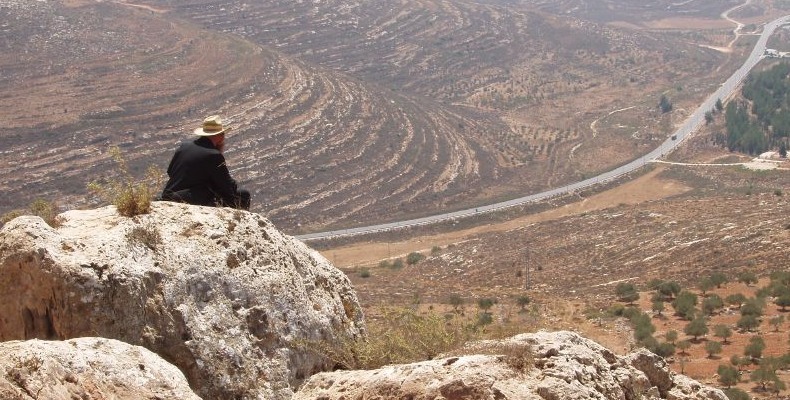 Entry to the Path is always preceded by an inward “call” and a discontent of worldly things. Such a call is followed by an earnest search for the truth accompanied by sincere doubt and skepticism of outer forms of worship and belief. In one’s search, one finds various portals to the Path, and the individual must decide which gateway seems most suitable to oneself.

Eventually, one discovers that the elements of various mysticisms are essentially identical. In fact, the Sufi teacher Hazrat Inayat Khan, declares: “No one can be a mystic and call himself a Christian mystic, a Jewish mystic or a Mohammadan mystic. . . . Mysticism is something which erases from one’s mind all idea of separateness, and if a person claims to be this mystic or that mystic he is not a mystic; he is only playing with a name” (The Inner Life). One of the most important elements of the mystic path is the purification of the self of its conditionings, desires, and attachments. This stage involves pain and suffering. It is what  John of the Cross calls the “dark night of the senses.” It necessitates what another mystical treatise calls a “cloud of forgetting” whereby the individual gradually becomes detached from the things of the outer world (Cloud of Unknowing).

But the true motivation for treading the Path is not the rejection of the worldly life, but the inward call which is now being felt in the heart of the aspirant. A spiritual discipline is then adopted, which normally includes meditation and certain modes of living. It is this which eventually leads one to illumination or enlightenment. This in itself has various levels or stages that are recognized in the different spiritual traditions of the world (hal or awhal of the Sufis, the jhanas of Buddhism, the mansions of the soul of Teresa of Avila, etc.). These stages have their own subtle impurities that must be further  cleansed, as in the Buddhist jhanas and the “dark night of the spirit” of John of the Cross.

This ultimately leads to union with the Divine, the Nirvana of the Buddhist, the moksha (liberation) of the Hindus, and the fana (annihilation) of the Muslim Sufis.

Spiritual traditions in the East and the West also speak of the razor-edge path whereby the development of the aspirant is accelerated through certain stringent rules and disciplines, and done under the guidance of a qualified Teacher. This path is not recommended to every one as it requires certain qualities and preparedness not commonly attained by most aspirants. In the theosophical tradition it implies chelaship or discipleship to a Master of the Wisdom, which includes probation and trials.

The Greeks had openly distinguished between the exoteric and the esoteric path through the Lesser and Greater Mysteries that lasted for more than a thousand years. Christianity has such a tradition that began with Jesus himself when he said that he taught parables to the masses but gave the keys to mysteries only to the disciples. The Gnostics of the first few centuries of Christianity carried forward this tradition of a secret path. In the East it is known as Gupta Vidya (or secret knowledge). The Sufis have their murshids or teacher imparting the secret wisdom to the mureed (student).

In the theosophical tradition, the same distinction is made between the open mystical path and the esoteric path. There are people who are good and spiritual. They can pursue liberation at their own pace and without any special disciplines imposed upon them. But to those who feel the need to enter the steeper path, then there is a way. During the lifetime of H.P. Blavatsky, the path of discipleship was directly available and many people formally applied for such chelaship. Many of them failed. Among those who were accepted (apart from Blavatsky), only one was known to have been accepted to join the Mahatmas in their ashram: Damodar Mavalankar.

The rules for such a path were laid down in many books, such as Light on the Path, Voice of the Silence, Instructions to the Esoteric School, and many articles and letters, particularly the Mahatma Letters to A.P. Sinnett. In all of them, one point is repeatedly stressed:

One only inflexible rule has been ever binding upon the neophyte, as it is binding now — the complete subjugation of the lower nature by the higher. From the Vedas and Upanishads to the recently published Light on the Path, search as we may through the bibles of every race and cult, we find but one only way, — hard, painful, troublesome, by which man can gain the true spiritual insight. And how can it be otherwise since all religions and all philosophies are but the variants of the first teachings of the One Wisdom . . .? (Collected Writings of HPB (CW) 6:31)

The following are some excerpts on qualifi- cations needed for treading the Path:

. . . the first conditions required to reach it are an absolute disinterestedness, a  boundless devotion to the welfare of others, and a complete indifference to the world and its opinions. In order to make the first step on that ideal path, the motive must be absolutely pure; not an unworthy thought must attract the eyes from the end in view, not a doubt or hesitation shackle the feet. (CW 11:135)

. . . the qualifications expected in a “regular chela” are “

In H.P. Blavatsky’s Voice of the Silence she also wrote of the open path and the secret path. The open path, she says, is the “way to selfish bliss.” It earns liberation for oneself. The “secret path” is one of renunciation and compassion: “to forego eternal bliss for Self, to help on man’s salvation. To reach Nirvana’s bliss, but to renounce it, is the supreme, the final step — the highest on Renunciation’s Path. Know, O Disciple, this is the Secret PATH” (VS, 145).It is the “Doctrine of the Heart” as opposed to the “Doctrine of the Eye.”