The Unity Of Life 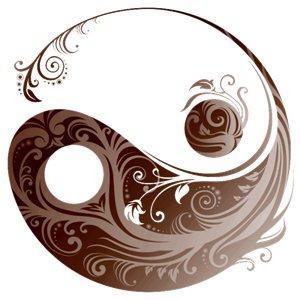 The transcendent consciousness brings out another insight into the nature of things the unity of life. This is the ultimate foundation of universal kinship.

Let us explore this more deeply.

Look at a single leaf of a tree. Its life appears to be separate from the other leaves. The apparent proof of such separateness is that if we cut that leaf, it will die, but the other leaves will not die or be injured.

Yet look again. What gives life to the leaf It comes from the nourishing sap that passes through the twig, the same twig that supplies the same life to the other leaves. In other words, the leaf doesn't have a separate life. There is only one life that animates not only the leaves but also the twigs, branches, trunk and roots of the entire tree, which are but the outer garments of that life. The garment withers and dies during autumn and winter, and a new garment springs up in spring and summer. The garment changes, but the life doesn't. It's the same one life. The leaves look separate, but they're really but one life. 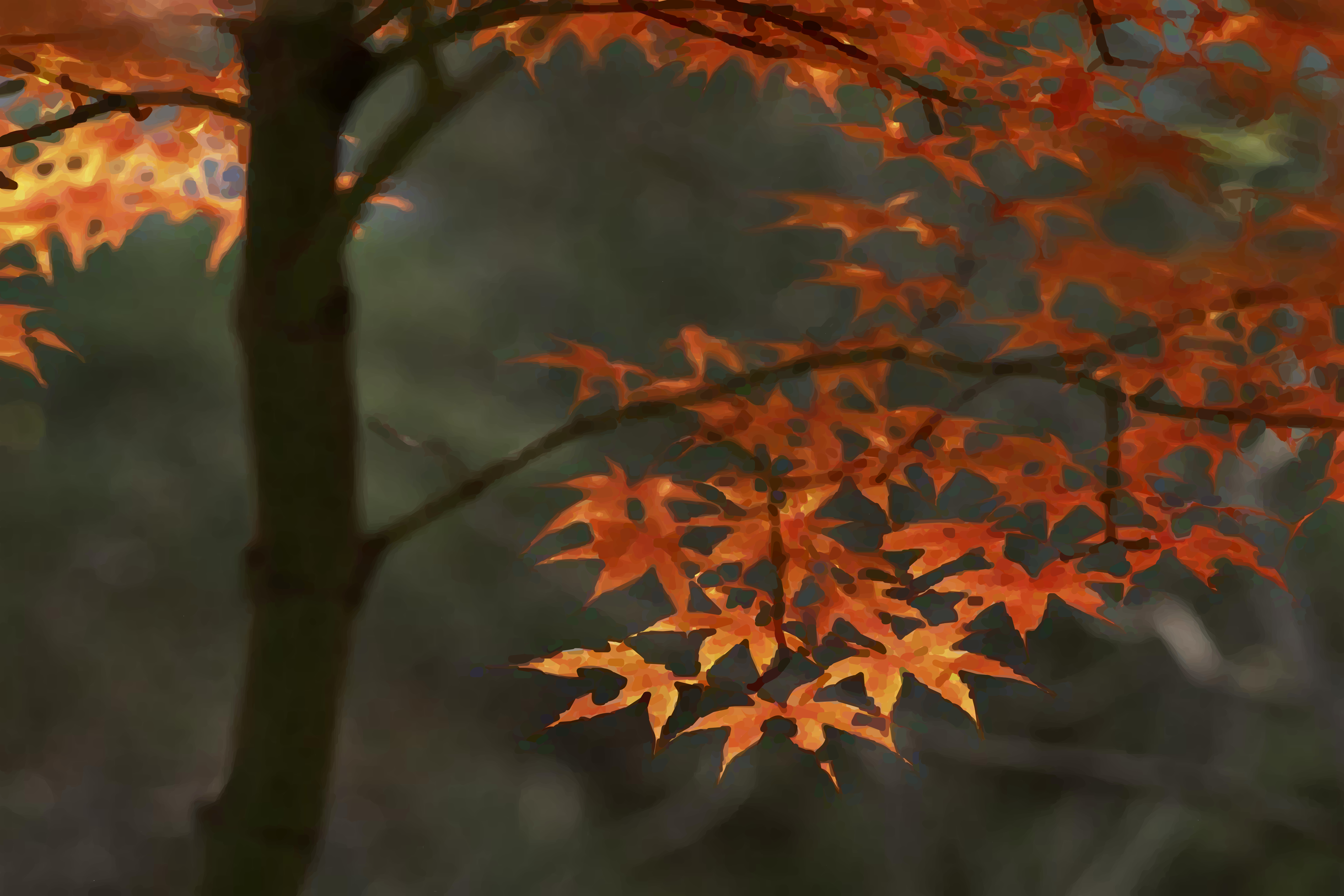 Look at our fingers. They're also separate. You wound the small finger and you feel the pain, but the other fingers aren't bleeding. They remain healthy and unaffected. And yet these fingers don't have separate lives. They are part of the one life that runs through the entire body of the human being. The separateness is superficial. If we look deeper into the nature of the fingers, we'll see that they are not really separate.

"The deeper the self-realisation of a person, the more they influence the whole universe by their subtle spiritual vibrations, and the less they themselves are affected by the phenomenal flux." - Sri Yukteswar

Everything, that is, every morphic unit, whether atoms or crystals, organs, animals, social systems or the entire cosmos itself, has its own morphic field. These fields determine the form and behavior of the unit or organism, because the fields have memories, and the forms and behavior follow these memories. These fields can be behavioral, social, cultural or mental. They constitute the underlying unity of organisms as well as the interrelationship between different organisms, which may be part of a larger morphic unit. 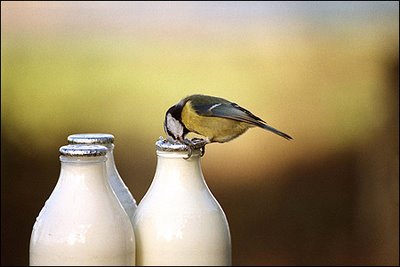 One famous example often quoted comes from the 1960s when Blue Tits started to peck their way through the foil lids of milk bottles left on doorsteps. Within a matter of a week or so, Blue Tits were observed doing this all over the UK. How did they all suddenly, and almost simultaneously, 'learn' how to do this? And there are stories of sheep rolling over cattle grids in Australia a whole continent away from where the behaviour first started. There are even stories of cows in the USA who won't walk over a painted cattle grid even though they've never seen or experienced a real cattle grid.

"...consciousness is a coherent whole, which is never static or complete, but which is in an unending process of movement and unfoldment." - David Boham

This message of Unity was introduced through modern Theosophical Doctrine, presented by H. Blavatsky. The Theosophical idea of Unity is the contemporary spiritual message and as "the message of the unity of life", it has established brotherhood of men and respect towards every kind of life.

It determines the behaviour of contemporary humanity, and has established a new way of perception at all levels of life. It sets the foundations for the tendency towards fraternisation of nations, close co-operation among countries, economic unification and fraternity of religions. The tendency of the unifying message is to bring together the members of mankind into a universal family, where each person should recognise his inner kinship and origin, and through this knowledge be able to understand and sympathise with his more immature brothers who are still plagued by discord, bigotry, rivalry and dogmatism.

For Theosophy, the unity of the manifested world is an undeniable event, a state which pre-exists before every creation and manifestation; it is the principle and the beginning of cosmic and universal creation, the fundamental of the apparent pluralism. The fundamental law of Theosophy is that there is "an Omnipresent, Eternal, Boundless, and Immutable Principle" (Secret Doctrine. I, 14) which "is the One homogeneous divine SUBSTANCE-PRINCIPLE, the one radical cause" It is the omnipresent Reality: impersonal, because it contains all and everything. It is latent in every atom in the Universe, and is the Universe itself." (S.D. I, 273)

"It is owing to our limitations that a thing appears to us as single and separate when in truth it is not a separate thing at all." - Rudolf Steiner

The Need for Personal Change

If we are the Earth, if we are the Force, it follows that when Earth goes through changes, for example, when the magnetics of the Earth change, or if we have a polar reversal our bodies are going to change, as well.

In other words, these kinds of changes are having direct effects upon our perceptions of space and time, upon our relationships, our romances, our careers, our sleep patterns, and how we view ourselves in relation to one another. All of those things are affected by changes in the Earth. 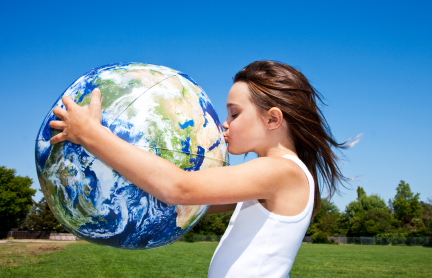 And I think most of my readers will agree that each of us is experiencing, at least to some degree, changes in our personal lives, right now, that are reflecting the kinds of changes that are going on in the Earth at large. And further, in the language of the ancients and our most cherished spiritual traditions, faith moves us into a "space," where we can affect the forces of Nature around us and bring about the kinds of changes in our world that we call miracles. Or as Western science would put it, coherent human emotion produces a chemical change in our bodies, and that chemical change has quantum effects that extend beyond our bodies and bring about changes in our physical world (and now it's no longer a "miracle"). But if we were going to make a flow chart of these two ways of describing what happens, the flow chart would be the same for the scientific and the traditional world view. In the Essene texts and in the Hebrew and the Christian texts, the way that this is described is that when thought, feeling, and emotion become one, in other words, when they are all aligned then we say to the mountain, "Move!" and the mountain moves.

"The unity of every faith that loves God and serves man, that is the message which comes to the world as the inner purpose of the Theosophical movement: to draw all faiths together, to see them all as sisters, not as rivals, to join all religions in one golden chain of divine love and human service; to reverence and serve religion wherever we find it, and to pierce through the varieties of the outer faith to the unity of the hidden life." - Annie Besant (Theosophy and the T.S., p.72)